In the past, the delineation between web designers and developers was much more clear; web designers would draw out what the website would look and feel like, and web developers would actually make it a reality and build the website. During the early days of the Internet, the general census of knowledge about websites was minuscule to what it is today. A lot has changed since then.

According to the Bureau of Labor Statistics, “Employment of web developers is projected to grow 27 percent from 2014 to 2024, much faster than the average for all occupations” which translates to nearly 40,000 more developers by 2024. This growth rate has only been increasing since the early days of the Internet. Over this period of rapid growth, the distinction between web designers and web developers has slowly begun to blur. Some designers can build certain aspects of a website, and some developers understand the nuances of design and user experience.

Although increased adoption of the Internet has added a sense of obscurity to the web design and web developer professions, we’ll help clear the dust and explain the general aspects behind both sides of the equation.

How To Think About Them

One way to think about the designers is to imagine them as the architect of a building. Generally, designers think about what they’re building from a creative standpoint in which they imagine what’s possible, and what would make the most sense for the end users of the building. A vital aspect of a designer’s job is answering the question “How does this make the user feel?”. In order to do their job, designers must account for the psychology behind the end user and design a website in a particular way in order to elicit a particular response. 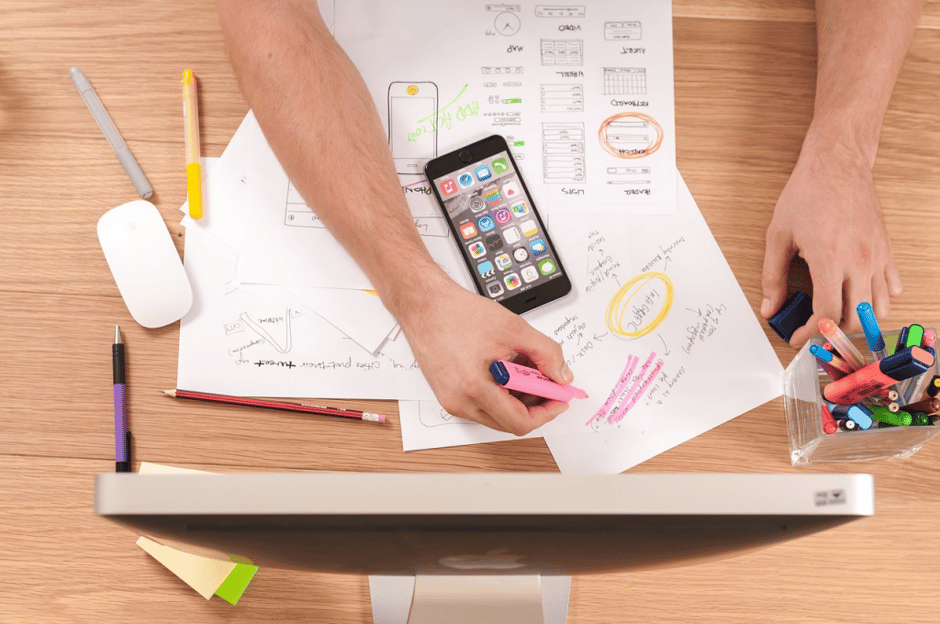 If a designer was mapping out a website for a nonprofit, they’d need to incline the user to join the nonprofit’s cause by donating or joining an email list. On the other hand, if they were designing a website for Chase, they would try to get the user to open a bank account and give sensitive information (like their social security number). In this case, the designer would need to elicit a sense of trust and safety to the user. The approach to both designing both websites would greatly vary, but it’s the designer’s job to take the right approach and get the intended results once the website is built.

Developers could be thought of as the people who actually put the building together. Using the web designer’s vision for the website, web developers actually do all of the programming needed in order to make the website come to life. A web developer’s job involves a fundamentally different way of thinking in comparison to a web designer. As a web developer who programs an entire website, there is a necessity to approaching their job with a logical framework of thinking.

Making a website act as it should, as in every button does exactly what it’s supposed to do, requires a high level of technical and logical abilities depending on the size and complexity of the website. If a web developer was tasked with building the entire Amazon website from scratch, it would obviously require more technical skills than building the landing page for Google. At the end of the day, a developer’s biggest focus is making sure that the website functions smoothly and that everything works as it should.

Designers mainly focus on learning topics that contribute to user experience and the way people respond to the way products are designed. Some of these topics include psychology, color palettes, logo design, storyboards, typography, and other artistic and “human” aspects of a website. As far as the actual technology they must know how to use, one fundamental software that designers are generally familiar with is Adobe Creative Suite (Photoshop, Illustrator). Some designers use other software, but Adobe is the most common. Designers must also be familiar with graphic design, logo design, call-to-action button placement, branding, wireframes, mock-ups, and storyboards.

Developers require a more technical set of skills than designers. There are two basic aspects of a website: the front-end, and the back-end. A developer must be familiar with how the front and back-ends of a website work together and must be able to use the programming languages associated with them. Some of these programming languages include HTML, CSS, JavaScript, Python, SQL, Java, and PHP. Generally, Web Developers will work with what’s called frameworks (AngularJS, ReactJS, Ember) which allows them to build a website without having to start from scratch. Git and GitHub are also some other tools that web developers generally know how to use.

Ultimately, these are some of the main characteristics that differ between web designers and web developers. Again, over the years, the lines between designers and developers have gradually become hazy and ambiguous. Unicorns, a term that was originally used to jokingly describe an individual who’s the “best of both worlds” is becoming a standard in the industry. Rather than working with two different groups of people to help create a website, unicorns make it easy for business owners to build a website quickly and with ease.