In 2010, who would have thought that it would be possible to build apps for iOS and Android without using different languages (Java for Android and Swift/ObjC for iOS). As technology has sped up and we’ve reached 2017, dozens of frameworks have been created to help programmers develop hybrid mobile applications. As the framework model has risen in popularity, hundreds of different frameworks have been developed, and not all are the same quality.

Which ones are trustworthy and which ones aren’t? We don’t think that is the first question you should be asking yourself. First off, do you need to be using a framework to build cross-platform apps? What are the pros and cons of using a framework versus just coding for each mobile OS? Let’s get into it. +

The biggest pro is that a developer would only have to write their code in one language (Javascript) which can be compiled to different platforms. When a developer only needs to program in one language for an entire project, it gets done faster than if they needed to program in a different language for each mobile OS. Additionally, less development time means saving thousands of dollars of development costs.

Most of the tools come in with handy plugins that make deployment much easier than doing it natively for each app. This also ensures the each OS is running on the same updates, making sure they are always synced together.

You’re playing under someone else’s rules when using a framework. If there is a new feature released by Apple for Xcode, you won’t be able to access it for your program until the framework you are using updates to include that feature. This someone limits any developer trying to use the latest technology for their app.

Since cross-platform frameworks are relatively new, the support for them is limited when comparing to a traditional community around Objective C or Java. This means you may need to figure some issues out yourself, as there may not be as much documentation online about it.

So now that you know the pros and cons of using a cross-platform framework, you need to decide if you want to try out using one. We’d suggest learning a framework just to broaden your development skillset, as the framework models may start to push native development out in the coming decade.

Xamarin is a cross-platform software that’s owned by Microsoft and was founded in May 2011. Xamarin’s ability to function smoothly and naturally is due to its C# shared codebase that allows developers to access native APIs for each platform while sharing code across platforms like Android, iOS, and Windows Phone. By doing this, Xamarin allows for a very fluid user experience. Its launch speed is also pretty impressive — no wonder it’s considered the top hybrid mobile application development framework.

PhoneGap is an open source framework derived from Apache Cordova that allows developers to build mobile apps with HTML, CSS, JavaScript, and Web APIs. The best way to think about a PhoneGap application is to imagine it as a compilation of HTML files pulled together by a native app shell and sent out to native platforms through the use of native APIs. Similar to making any website, developers can code files in HTML, CSS, and JavaScript by using PhoneGap. 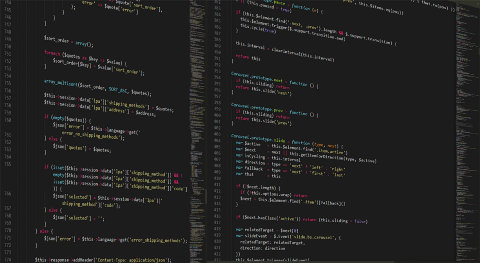 Powered by primarily Javascript, React Native is quickly growing as one of the more popular frameworks to use. Besides the fact that it was created by Facebook, it has a quickly growing React Native community to support developers going down this route. Additionally, it is very third part friendly, as there are dozens of plugins that work seamlessly with it. If you’re looking for a stable framework that has a bright future, React Native could be a great choice.

You have many options to choose from when working with cross platform frameworks. No matter which one you choose, just start with one and get your hands dirty. We look forward to hearing from framework you end up choosing!

How To Get Started In Web Development

Web Development is a complicated subject, and it could take years to truly understand. From...

Web development is a fast-paced field, with frameworks and libraries seemingly popping up every...