What is the Difference?

Augmented reality (AR) and virtual reality (VR) are two technologies that sometimes get mixed up. Both of these technologies operate in different ways and demonstrate unique use cases.

AR refers to technology where a computer generated image is layered on top of a real-time view of an environment, thereby creating an augmented version of that reality. For example, the Pokemon GO app allowed users to go outside to collect Pokemon that “appeared” on sidewalks and in restaurants. They would do this by using their phone’s camera to point at the location where the pokemon would appear.
Other uses of this technology include the augmentation of your empty living room with various pieces of furniture and using the walls in your home as if they were apps on a computer screen. The days of telling someone to imagine a chair or TV is no longer with AR.

VR, on the other hand, refers to technology that uses an entire digital display to completely alter what your eyes are seeing and is usually in the form of a headset. As you move your head or body, the technology reacts and changes view. This past holiday season, VR headsets became the hottest holiday gift. As this new technology goes mainstream, it has become an obsession in the American household as an escape into a whole different world. For gamers, this is something that is life-changing as they are truly able to immerse themselves in their game.

While these two technologies do have similarities, they also have major differences. They are not competing, but rather complementary technologies. While VR is groundbreaking, AR has the capabilities to win in the long term and for several different reasons.

Playing video games with a VR device on your head to fully immerse yourself in the game is extraordinary! However, this is not something that is practical for day-to-day use. With AR, you are still able to comprehend and see true reality, while being able to change and shift it as needed.

Historically, the best and most successful devices have not been the most expensive, groundbreaking, or innovative. They are the most practical. Voice devices, iPhones, and iPads are just a few examples of successful devices because of the practicality in owning them and being able to use them in your day-to-day life. A perfect example of this is the Google Glass up against a full VR headset. The Google Glass is something that can be wearable and compliments your day, while a full VR headset removes you from true reality into something completely different.

To add to the day-to-day usefulness narrative, Snapchat is a perfect example. Snapchat has become the most entertaining social media network because of its AR “filters”. Users are able to pretend to be anything ranging from a piece of toast to a monkey or dog. While this does not necessarily fall under “practicality”, this does enter our daily lives as Snapchat has 178 million daily active users. The entertainment factor of these filters go far past just millennials as this is something that everybody can be involved in.

The difference between the two, in terms of workload and execution, is very simple. AR only “augments” your reality, while VR generates a new reality. In theory, this would mean that AR will take less time to develop. Developers of VR equipment will need much more time and resources to be able to provide this new reality for users, since it is 100% computer generated.

While we are immersed in media at an all time high, human nature suggests that we only like it in small doses. A perfect example of this is the time that we dedicate to our cell phone. Many of us check our phones 80+ times per day, but do not spend longer than 5 minutes on them at a time. There needs to be a healthy medium between reality and virtual reality. Augmented reality has the potential to be that medium.

Millennials have very actively expressed their love for communities, and this is being translated across all consumer habits and devices. Even for those who are not millennials, the technology consumer wants something that allows them to share an experience with others. The Google Home or Amazon Alexa is something that an entire family can use together. The same can be said for something simple like a television or a radio. AR does have the community aspect to it because it can be shared amongst a group. Going back to the Pokemon example, a big reason why it exploded in popularity was because it is a game that you could play with your friends and family. It also encouraged people to go outside and explore. VR, in comparison, excludes you from your surroundings and limits you to a completely digital experience.

In summary, VR and AR do compliment each other, but they also are competitors to each other, in a sense. AR and VR both have immense potential within different industries. AR, however, will win out because the fact that it is much more practical for developers and users. We are in the early years of both technologies, but forward thinking points to AR emerging as the winner. 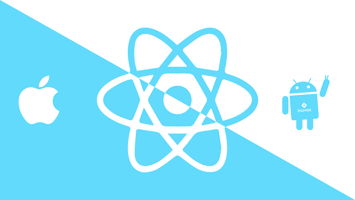